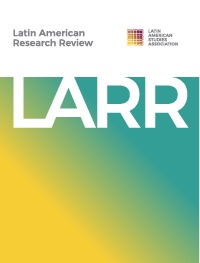 The Latin American Research Review (LARR) publishes original research and review essays on Latin America, the Caribbean, and Latina/Latino studies. LARR covers the social sciences and the humanities, including the fields of anthropology, economics, history, literature and cultural studies, political science, and sociology. The journal reviews and publishes papers in English, Spanish, and Portuguese. All papers, except for book and documentary film review essays, are subject to double-blind peer review. LARR, the academic journal of the Latin American Studies Association, has been in continuous publication since 1965. 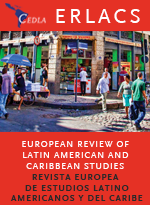 ERLACS – European Review of Latin American and Caribbean Studies is an Open Access, scientific journal. It publishes peer-reviewed articles in English and Spanish. Contributions reflect substantial empirical research and/or are theoretically innovative with respect to major debates within social science research (understood in the broadest sense, including history and economics) on Latin America and the Caribbean. In addition to research articles, ERLACS includes 'Explorations' (a section in which new themes are presented and new debates are stimulated), review essays, book reviews, and film reviews. Articles are published online soon after they have been accepted. 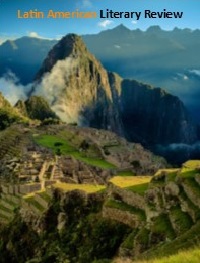 The Latin American Literary Review is a peer-reviewed scholarly journal devoted to the literature of Latin America (including the United States) and Brazil. It is published semiannually in English, Spanish and Portuguese. Bringing to its readers the most recent writing of some of the leading scholars and critics in the fields of Hispanic and Portuguese literature, the Latin American Literary Review is of interest to all libraries and institutions of higher learning, and especially to all departments of English, Modern Languages, Latin American Studies, and Comparative Literature. Since its appearance in the Fall of 1972, the magazine has been very well received, and has aroused national and international interest.

Back content for this journal from 1972 to 2012 can be found on JSTOR or PROQUEST. 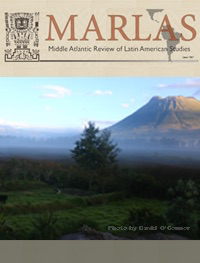 The Middle Atlantic Review of Latin American Studies is an interdisciplinary, peer reviewed, open access online journal focusing on the dissemination of scholarly work about Latin America and the Caribbean. The editors also welcome submissions focusing on relations among Latin American and Caribbean countries and with other states and regions of the world. MARLAS publishes research findings aimed at a multidisciplinary audience and invites submissions based on rigorous analysis from a variety of theoretical and methodological perspectives. The journal publishes scholarly articles, essays, research notes, book reviews, and periodic special issues examining specific topics in Latin American studies. MARLAS accepts submissions in English, Spanish and Portuguese. The Editorial Board asks prospective authors to examine carefully the guidelines for submissions. Previously published as Latin American Essays, a printed journal, since 1988, MARLAS represents a continuation of a 30-year tradition of high-quality scholarly contributions to the field of Latin American studies. MARLAS is a publication of the Middle Atlantic Council of Latin American Studies (MACLAS). For inquiries, please contact middleatlanticreviewlas@gmail.com. 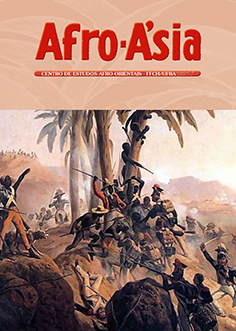 Afro‑Ásia is a biannual publication of the Centro de Estudos Afro-Orientais (CEAO) [Center for Afro-Oriental Studies] of the Federal University of Bahia, dedicated to topics related to the African Diaspora, Africa and Asia. The journal fills a prominent space in Brazilian cultural life, as it is still one of the few scientific publications in Brazil that is entirely dedicated to Afro-Brazilian and African themes, serving as a venue for scholarship produced at home and abroad. By providing a space of excellence for academic debate in this field, we hope to produce meaningful references for anti-racist and democratic sociopolitical action aimed at superseding the inequalities that structure the contemporary world. Afro‑Ásia offers full open access (free, unlimited and immediate) to its whole collection, and does not require that authors pay any type of article processing charge (APC) or other fee. The journal also does not apply a minimum-degree policy for authors. Afro‑Ásia will consider submissions in English, French, or Spanish, but a professional-level translation into Portuguese must be provided by the author if the article is accepted for publication. 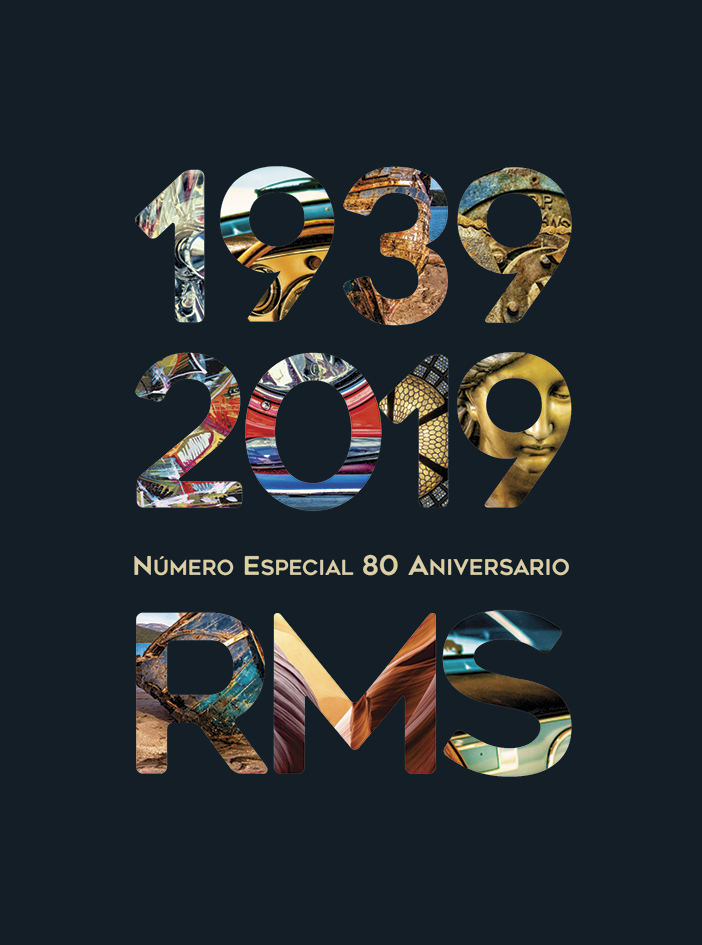 The Revista Mexicana de Sociología, founded in 1939, is the oldest of its kind and one of the most renowned in Latin America for its academic quality. Its uninterrupted publication throughout its history reflects both the changes in the theoretical and empirical development of sociology in over eight decades and the most outstanding social problems of each period. With the aim of disseminating knowledge and promoting academic debate, the journal has gone through various stages. At present, as an inter-national, quarterly publication, it publishes original papers that are the result of research and contribute to the advancement of knowledge in sociology, in all fields and issues and to the sociological approach in its interaction with other disciplines and social sciences that enrich it. It includes articles that contribute to theoretical development, methodological innovation and the advancement of the understanding of the social processes of various countries and regions, always emphasizing academic quality and rigor. Its main reading public is the Spanish-speaking community of social sciences among which it enjoys prestige and recognition. Reports and applications by mail: revmexso@unam.mx 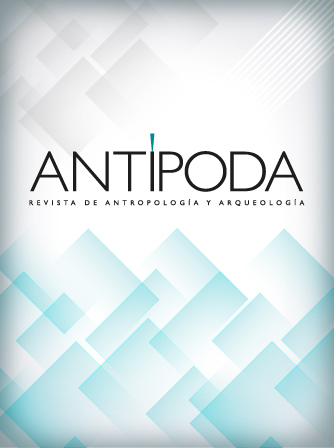 Antípoda. Revista de Antropología y Arqueología (Antipod. Rev. Antropol. Arqueol.) is an indexed publication of a periodical nature which adheres to international standards of quality, positioning, periodicity and availability on line. It aims to contribute to the advancement and dissemination of anthropological knowledge, and to the critical analysis of sociocultural, methodological and theoretical topics that are relevant for the diverse subfields of the discipline and of other related fields in the social and human sciences. The journal is a publication that comes out every three months (January-March, April-June, July-September, and October-December) at the beginning of each of the periods indicated. It was created in 2005 and funded by the School of Social Sciences of the Universidad de los Andes (Colombia). Antípoda does not charge the authors for the costs of the editorial processes. All the digital contents of the journal are open access through its website.

The Argentine Journal of Political Science is a scientific-academic publication with double-blind reference, in online digital format and biannually oriented to dissemination among experts and the general public, interested in political processes and advances in this discipline. The aim of the magazine is to offer a space to debate and analyze conceptual, methodological and analytical issues related to Political Science, with special emphasis on unpublished research. In this sense, we have two specific guidelines: on the one hand, to make known how Political Science is produced in Argentina, in general, and in the University of Buenos Aires, in particular, and, on the other hand, to bring the Revista Argentina de Ciencia Política to other political communities to achieve greater enrichment in common problems.

El Trimestre Económico is a quarterly magazine that comes out in a timely manner in January, April, July and October each year, published by the Fondo de Cultura Económica. The articles and notes published in El Trimestre Económico are about empirical and theoretical themes of great relevance for the study of Economics and Economic Policies not only in Ibero-America but also around the world. It is an open-access publication, directed to the academics, researchers, students and the decision makers about themes of Economics and related disciplines. 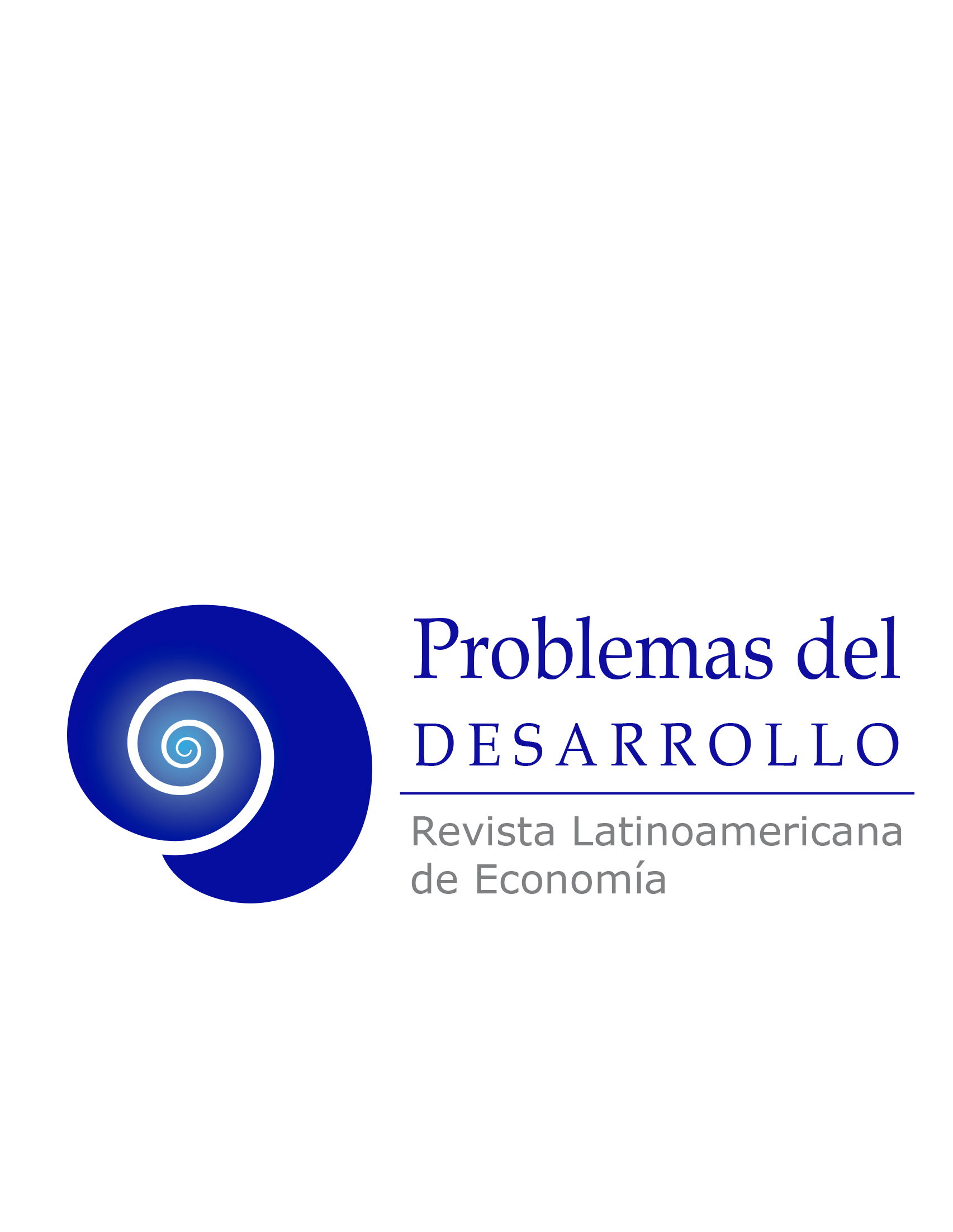 "Problemas del Desarrollo", quarterly journal, is the official review of the Institute of Economic Research of the National Autonomous University of Mexico (UNAM), attentive to the proposal of its founders, receives all theoretical interpretations with scientific rigor aimed at analyzing the different problems presented by economic development, and with the intention of generating criticism and refutation, while recognizing disagreements in the predictions that all scientific theories are able to make.

Founded in 2003 as a refereed electronic journal seeking to stimulate socio-historical analysis of Latin American Literature and push back against the relativism present in poststructuralist thought and postmodernism, A Contracorriente soon became a journal dedicated to the larger field of Latin American Studies, while still mantaining our original theoretical position. It strives to foster intellectual debate about politics, sociology, history, literature, film, art, and education in Latin America from a leftist point of view. The journal is open access and publishes in Spanish and English, three times a year: Fall, Spring, and Winter. It is linked to the press Editorial A Contracorriente, which publishes books about Latin American studies with the University of North Carolina Press. 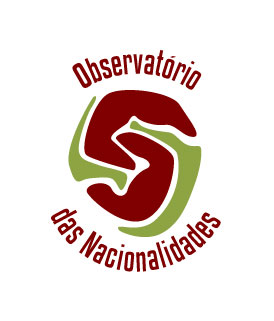 The journal World Tensions is published on a four-month basis by Observatory of Nationalities, a group made up of researchers from several institutions and fields of expertise. The journal is rated A2 by CAPES (Graduate Staff Improvement Bureau, from the Ministry of Education) the areas of Political Science and International Relations, and is linked to the Sociology Post-Graduation Program (PPGS/UECE), as well as to the Public Policies Post-Graduation Program (PPPP/UECE), both from the State University of Ceará (UECE). Published in an electronic format, the journal aims to diffuse theoretical and empirical studies that provide in-depth understanding of the formation of nations, entities that legitimize the modern State, multilateral institutions and that which has been titled the “international community”. The journal accepts, in a constant flow, new articles, essays and reviews that elaborate on themes related to nationalities, international relations, cultural manifestations, the State’s instruments of force, and policies on defense and security. Besides publishing works of established authors, World Tensions seeks to promote new talent. We accept articles from both undergraduate and graduate students, as long as the work in question is done in collaboration with their supervisors.